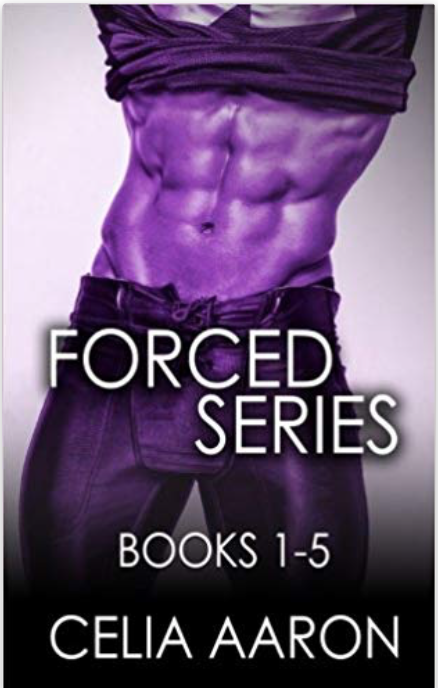 I've been on the trail of the local mob kingpin for months. I know his haunts, habits, and vices. The only thing I didn't know was how obsessed he was with me. Now, caught in his trap, I'm about to find out how far he and his local cop-on-the-take will go to keep me silent.

I've been in Professor Stevens' class for a semester. He's brilliant, severe, and hot as hell. I haven't been particularly attentive, prepared, or timely, but he hasn't said anything to me about it. I figure he must not mind and intends to let me slide. At least I thought that was the case until he told me to stay after class today. Maybe he'll let me off with a warning?

I stayed out of my father's business. His dirty money never mattered to me, so long as my trust fund was full of it. But now I've been kidnapped by his enemies and stuffed in a bag. The rough men who took me have promised to hurt me if I make a sound or try to run. I know, deep down, they are going to hurt me no matter what I do. Now I'm cuffed to their bed. Will I ever see the light of day again?

Dancing for strange men was the biggest turn on I'd ever known. Until I met him. He was able to control me, make me hot, make me need him, with nothing more than a look. But he was a fantasy. Just another client who worked me up and paid my bills. Until he found me, the real me. Now, he's backed me into a corner. His threats and promises, darkly whispered in tones of sex and violence, have bound me surer than the cruelest ropes. At first I was unsure, but now I know – him being my stepbrother is the least of my worries.

For three years, I'd lusted after Jericho, my brother's best friend and quarterback of our college football team. He's never paid me any attention, considering me nothing more than a little sister he never had. Now, I'm starting freshman year and I'm sharing a suite with my brother. Jericho is over all the time, but he'll never see me as anything other than the shy girl he met three years ago. But that's not who I am. Not really. To get over Jericho – and to finally get off – I’ve arranged a meeting with HardcoreDom. If I can't have Jericho, I'll give myself to a man who will master me, force me, and dominate me the way I desperately need.